The history of corrosion tests – Part 1 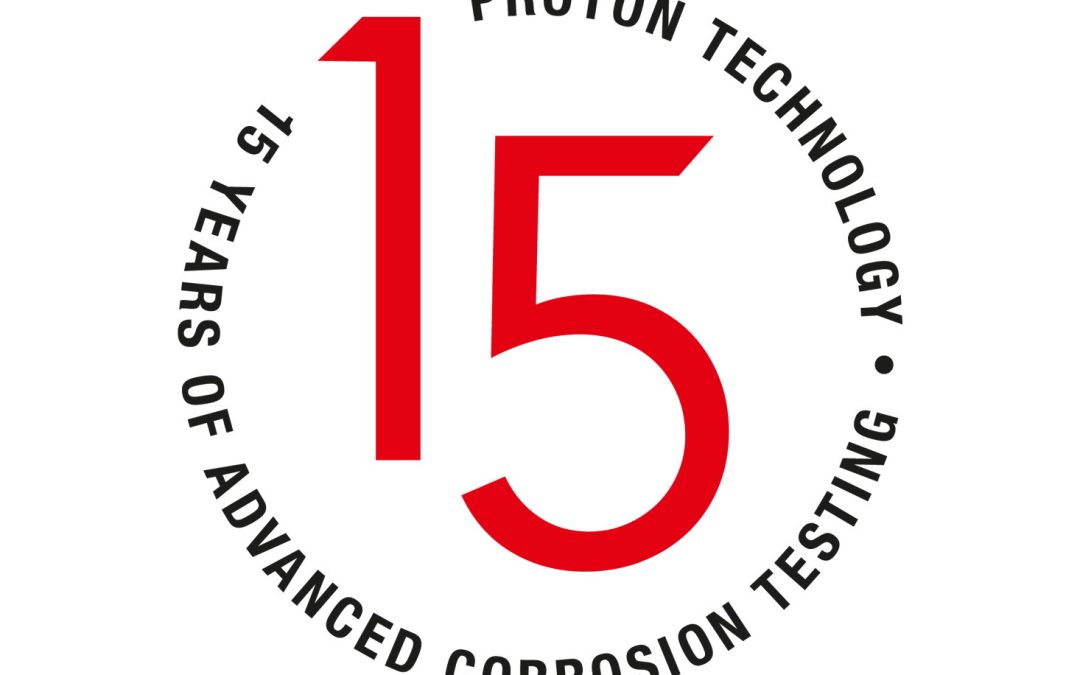 Time flies when you’re having fun and this year (2022) Proton Technology turns 15 years. This article is the first of three (3) articles that describe Proton Technology’s journey from the start until today, as well as what the future might hold.

At the time of writing this article, Proton Technology is one of Europe’s leading corrosion and surface analysis laboratories, working towards global OEM and their subcontractors all over the world. But how did it all start, 15 years ago?

During the first years, Proton Technology also helped IKEA to set up a similar laboratory in Shanghai. There are still only two IKEA Labs in the world focused on corrosion testing, and one of them is in Bankeryd, Sweden.

What was the driving force behind starting Proton Technology?

One of the major driving forces was to create an own development business for new surface treatment methods and quality verifications. Among other things we were working on alternative ways to coat telecom products with chemical silver.  In addition, we saw that the Swedish industry needed to increase their knowledge about surface treatments, why it’s important to choose the right coating, and how to compare different methods, outcomes, and results, in an empirical way.

To be able to do all the above, we considered that it´s important to make the business independent of Proton Finishing.

What do you think has been the key-factors of Proton Technology’s success?

I personally believe that it´s mainly due to our internal competence, our good reputation and extraordinary customer service. We have constantly tried to increase the awareness and to spread the importance of a correct surface treatment, as well as the correct product design. We have within our own trademark “Surface academy” held courses for both industry and universities on the importance of surface treatment and product lifespan/function.

We have also been very responsive to the market’s demand for various tests and verifications, over the years, and been willing to invest heavily in hardware for tests. I think that another key is that we always developed our range of test methods and standards in a way that smaller business can´t, and larger business unlikely are willing to do in the same way.

What was the reason why Proton Technology ended up in Bankeryd?

Proton Technology was located in Bankeryd as a consequence for having a surface treatment plant in the same property.  As part of the initial set-up with the development of our own/unique surface treatment methods, environmental permits and hardware/infrastructure where needed, which were available in the business that was previously conducted in Bankeryd. On that path, it has since been further developed in an alternative direction, but never left the property. Since 2009 Proton Technology is the only business in Bankeryd.

The next article / part (Part 2) of this series will be about the strong growth that took place from 2012 and the strategic keys which made it happened.

This website uses cookies to improve your experience while you navigate through the website. Out of these cookies, the cookies that are categorized as necessary are stored on your browser as they are essential for the working of basic functionalities of the website. We also use third-party cookies that help us analyze and understand how you use this website. These cookies will be stored in your browser only with your consent. You also have the option to opt-out of these cookies. But opting out of some of these cookies may have an effect on your browsing experience.
Necessary Always Enabled
Necessary cookies are absolutely essential for the website to function properly. This category only includes cookies that ensures basic functionalities and security features of the website. These cookies do not store any personal information.
Non-necessary
Any cookies that may not be particularly necessary for the website to function and is used specifically to collect user personal data via analytics, ads, other embedded contents are termed as non-necessary cookies. It is mandatory to procure user consent prior to running these cookies on your website.
SAVE & ACCEPT